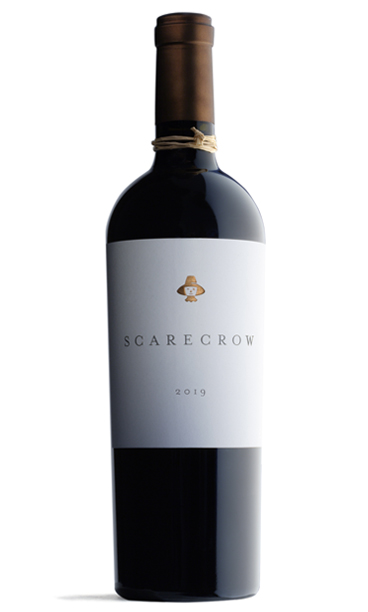 Growing season 2019 gave us a relatively dry, moderate winter with plentiful rain in early Spring, giving the vines great energy during their grand period of growth. Summer was typical for Napa Valley, with a few moderate heat spells punctuating an otherwise fairly temperate July and August. Warmer temps in mid-September assisted the grapes in their journey toward full maturity, with most of the harvest for the Cohn Estate occurring between mid-September and mid-October.

The 2019 Scarecrow Cabernet Sauvignon captures this season beautifully. The aromas in the glass immediately suggest purple-black notes of currant, blackberry and boysenberry, with toasty vanilla and spice playing supporting roles. Bright, fresh and somewhat restrained at entry, the mid-palate offers a blend of fruit, spice, toasty oak and cedar notes. While the finish offers plenty of structure to age beautifully, the plush tannins offer the warmth and texture of cashmere.

Harvested completely by hand at night, between September 25 through October 21, 2019, this wine is entirely grown on the J.J. Cohn Estate in Rutherford, Napa Valley. The fruit was destemmed, optically sorted, and fermented in small batches. After approximately 21 days on skins the wine was gently pressed and transferred to French Oak barrels, of which roughly 80% were new barrels. The wine was kept in these barrels for about 10 months, then assessed for quality before the first assemblage was created in summer 2020. The blend was finalized in January 2021. After a total of approximately 22 months in French oak, the wine was bottled in late July 2021 without fining or filtration. A total of 2000 cases were produced.