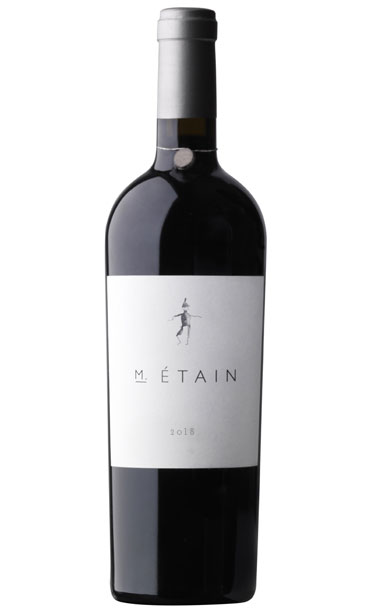 After the blazing heat of 2017, the growing season of 2018 was one of the coolest in recent memory.

TASTING NOTES
Winemaker Celia Welch writes of the 2018 M.Étain:
With a relatively normal rainfall early in 2018, lovely Springtime weather during the flowering season and a comparably mild summer, this vintage shows the balance and elegance that results from slightly longer, cooler growing seasons.

Aromatically, the 2018 M. Étain displays beautiful ripe fruit tones of blueberry jam, fresh warm cherries, and just enough vanilla, spice and sandalwood to add complexity and base notes to the bright fruit components. On the palate, the wine shows very bright and fresh, with the aromatic notes returning as very juicy berry flavors combined with the spice elements. The wine shows depth and complexity, just enough density to prove its age-worthiness but wrapped up in tannins that already show a sense of plushness and generosity. The final blend of estate fruit consisted of 87% Cabernet Sauvignon, 6% Malbec, 4% Merlot and 3% Petit Verdot. 2,315 cases were produced.