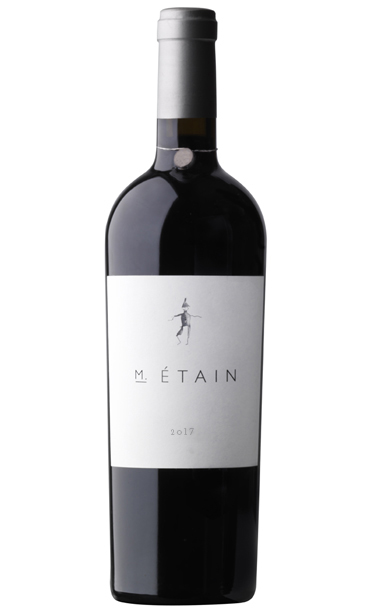 The 2017 harvest notes are a testament to the hard work, dedication, skill and extraordinary intuitive decisions made by Michael Wolf, Celia Welch and their crews at the J.J. Cohn Estate.

The 2017 vintage is magnificent, and as in 2011, completely unscathed by the tricky turns of Mother Nature.

TASTING NOTES
Winemaker Celia Welch writes of the 2017 M.Étain:
The growing season of 2017 started with one of the most abundant rain seasons in the last decade or more. With fully hydrated soils, the vines bounded to life in the spring full of energy and ready to grow well, set ample flowers that turned into nicely formed clusters, and found a natural balance as Spring turned to Summer. While June, July and August were sunny and warm, the verdant leaves worked well to provide dappled light on the ripening clusters. The vines destined to become 2017 M. Étain were night-harvested by hand between September 6 and October 6, 2017.

Aromatically, the wine shows very pretty, bright tones of cherry, raspberry and blueberry, along with cinnamon bark, spiced tea and vanilla. At entry the wine is soft and full-bodied, and the palate shows a continuity of texture from start to finish. Flavors of warm blueberries and fresh cranberries, a hint of aniseed and a base note of cocoa all meld together in an integrated finish which displays the texture of heavy satin.

This wine was created entirely from fruit grown on the J.J. Cohn Estate in Rutherford, Napa Valley. The final blend contains 84% Cabernet Sauvignon, 8% Malbec, 5% Petit Verdot and 3% Merlot. The wine was bottled on March 25, 2019. A total of 2,050 cases were produced.