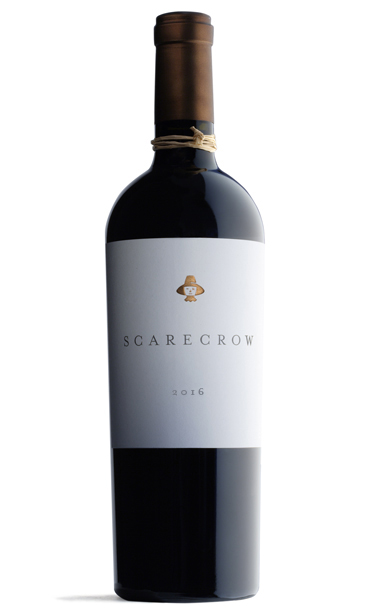 HARVEST NOTES
Vineyard Manager Michael Wolf:
Although the 2016 winter rains came late, they were almost double the volume of the previous year, resulting in robust vine growth through the spring. The vintage will be remembered for several severe heat waves: one in July which lasted for over a week, and then 3 distinct heat events in September. In July, overhead sprinklers were used at the JJ Cohn Estate to cool the vines and avoid damage. Most challenging was the extremely low relative humidity in September (<10%). Being so close to harvest, it was impossible to avoid some fruit dehydration, but with vigilance and care, the vines and fruit came through beautifully. Harvest began on September 16th and was completed on October 3rd. Yields were slightly below normal, given the challenges of the vintage, but the quality of fruit harvested was excellent.

TASTING NOTES
Winemaker Celia Welch writes of the 2016 Scarecrow:
Well before release, the 2016 vintage was quietly acquiring the respect and admiration of winemakers and reviewers alike. This vintage of Scarecrow shows very ripe dark cherry aromas, combined with cinnamon/baking spice and vanilla notes. Just a hint of earth, anise and tobacco also add complexity to the aromas. On the palate, the entry shows very juicy fresh black cherries, blackberry jam, a touch of baking spices (cardamom, clove) and warm earthy/sweet tobacco flavors. The texture is broad and round, with enough grip to stand up well to a hearty meal. As the wine opens, the solid core shows the age-worthiness of this vintage. The finish is, once again, a reminder of the fresh juicy notes promised by the aromas.

Harvested completely by hand at night, September 16 through October 3, 2016, this wine is entirely grown on the J.J. Cohn Estate in Rutherford, Napa Valley. The fruit was destemmed, optically sorted, and fermented in small batches. After approximately 24 days on skins, the wine was gently pressed and transferred to French Oak barrels, of which roughly 80% were new. The wine was kept in these barrels for fifteen months, then assessed for quality before the final Scarecrow blend was created in Summer 2017. It was returned to rest in oak for an additional 6 months and was bottled in late July 2018 without fining or filtration. A total of 2,000 cases were produced.