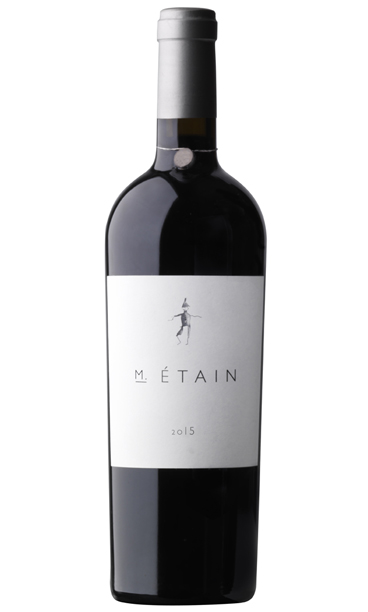 HARVEST NOTES
Vineyard Manager Michael Wolf:
The winter preceding the 2015 vintage was very dry, with Rutherford receiving 13 inches of rain. Although budbreak was earlier than historic averages, fortunately the vineyard did not experience any frost damage. 2015 was a very warm growing season, with lower yields, marked by several severe heat events. Various canopy management and irrigation strategies were employed to both protect the fruit from heat damage and to allow it to ripen fully. Overall yields at the J.J. Cohn Estate were below average, and the hot summer led to an early start to harvest. Harvesting between heat events, and having the patience to wait until the fruit was fully ripe was a challenge, requiring great discipline and the ability to react and respond quickly. Celia as usual rose stunningly to the occasion. Harvest began on September 4th, and extended to September 21st to get the best quality fruit possible out of each of the individual blocks.

TASTING NOTES
Winemaker Celia Welch writes of the 2015 M.Étain:
The aromas of the 2015 Monsieur Étain Cabernet Sauvignon, which hails entirely from the J.J. Cohn Estate in Rutherford, shows the signature Rutherford Bench aromas of fresh cherries (still on the tree), orange zest, star anise, baked plums, and a hint of toasty wheat. On the palate, the entry is broad, ripe, and complete, with velvety tannins and flavors of baked berries and warm spices. The bright natural fruit acidity compliments the juiciness apparent on the finish, which gives this wine a flourish of cassis and blackberry, slow to fade.

The 2015 vintage, California’s fourth season of drought, evidenced itself in vines which seemed weary of their thirsty roots and reluctant to bear more than just a small amount of fruit. This will long be remembered as one of the smaller vintages in Napa Valley, though the flavor intensity found in these wines cannot be underestimated. The fruit for the 2015 Monsieur Étain was harvested at night entirely by hand between September 4 and September 21, 2015. The wine was fermented on skins for approximately four weeks, then gently pressed and transferred to French oak barrels (80% new). After one year the blend was created and returned to barrels for a final six months in French oak, to allow integration between the separate vineyard blocks. The wine was bottled without fining or filtration. A total of 416 cases were produced in late March, 2017.