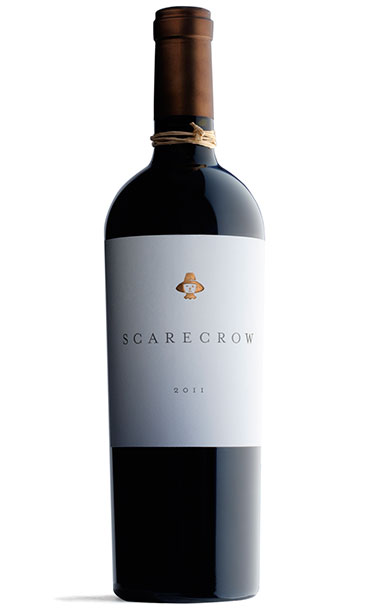 HARVEST NOTES
Vineyard Manager Michael Wolf:
The 2011 growing season was characterized by persistent winter rains into late March; late budbreak, delayed bloom, and rain during bloom all set up a late season with a below-normal crop size on the vines. This was perhaps one of the smallest crops in recent history. Rain showers off-and-on throughout May and into mid-June kept our soils well-saturated but prompted a more intense level of vineyard canopy management than we would normally expect, as we needed to pull leaves and laterals off the vines to expose the fruit to sun and air. Even with a lighter-than-normal crop, we responded to the cooler summer conditions with judicious thinning to keep the vines “on track” in terms of fruit ripening. After several passes of thinning fruit, our average crop was well below 2 tons/acre, and the vineyard was harvested between October 21st and 27th. All in all, 2011 was the most challenging vintage I can remember.

TASTING NOTES
Winemaker Celia Welch writes of the 2011 Scarecrow:
The world’s most iconic wine estates show vintage variation in degrees of excellence, and the Scarecrow estate vineyard in Rutherford, Napa Valley, is no exception. With this lovely offering from a rare season which exhibited more Bordeaux-like conditions than those typical to Napa Valley, we find the intense perfumed aromas that only a season with gentle temperatures can bring. How else can one explain the sudden appearance of sweet wafts of jasmine and gently crushed rose petal among the more prevalent ripe tones of dark cherry, vanilla and a touch of warm vanilla? These aromas show the gentle summer temperatures of 2011 to their fullest glory. On the palate, the warm, rich, silky broad texture of this fully ripe wine acclaims to all that this vineyard holds its own in every season. As soft and rich, as unmistakably Rutherford as one might find in any vintage, the finish of this juicy, full-bodied Cabernet shows the tremendous complexity and grace which makes the powerful flavors all the more appealing.

This 100% Cabernet Sauvignon was harvested from eleven separate blocks of vines, all a part of the J.J. Cohn Estate in Rutherford, Napa Valley, between October 15 and 27, 2011. The oldest vines were fermented in an open-top tank and punched down multiple times each day, while other lots were fermented using pumpovers and cap irrigations. The wines were transferred into small French oak barrels (85% new) directly after pressing, and were kept separate for the first year. In early summer 2012 the separate lots were carefully combined, and spent the following 11 months as a final blend in barrels. The finished wine was bottled without fining or filtr ation in late July, 2013. A total of 750 cases were bottled.