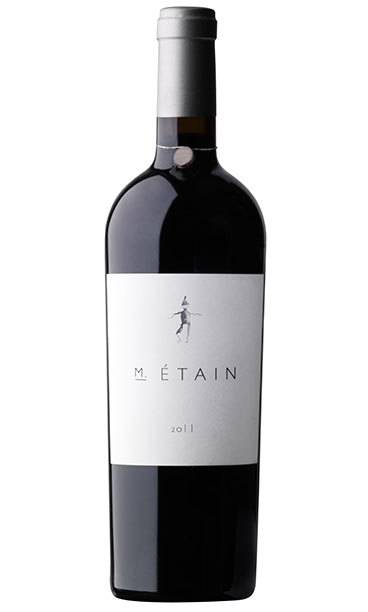 HARVEST NOTES
Vineyard Manager Michael Wolf:
The 2011 growing season was characterized by persistent winter rains into late March; late budbreak, delayed bloom, and rain during bloom all set up a late season with a below-normal crop size on the vines. This was perhaps one of the smallest crops in recent history. Rain showers off-and-on throughout May and into mid-June kept our soils well-saturated but prompted a more intense level of vineyard canopy management than we would normally expect, as we needed to pull leaves and laterals off the vines to expose the fruit to sun and air. Even with a lighter-than-normal crop, we responded to the cooler summer conditions with judicious thinning to keep the vines “on track” in terms of fruit ripening. After several passes of thinning fruit, our average crop was well below 2 tons/acre, and the vineyard was harvested between October 21st and 27th. All in all, 2011 was the most challenging vintage I can remember.

TASTING NOTES
Winemaker Celia Welch writes of the 2011 M. Étain:
A cooler year in the vineyard allows a winemaker to play with aromatic and flavor nuances that may be lost in warmer seasons. This lovely offering shows the trademark raspberry, fresh plum and dusty cocoa tones that personify its Rutherford origins, but with more subtle, graceful notes of sweet anise, cinnamon bark and bayberry adding complexity that only a slow-ripening vintage like 2011 could produce. Texturally, this 100% Cabernet has enough backbone to lend a serious basenote of power, yet shows restraint and finesse despite the complex flavors. The finish lingers with flavors of warm plum and vanilla, with a hint of toasty oak.

This 100% Cabernet Sauvignon was produced entirely from grapes grown on the J.J. Cohn Estate in Rutherford, Napa Valley. Harvested entirely by hand between October 15 and October 27, 2011, each section of vineyard was held separately for fermentation on skins, aged in French oak barrels for approximately 16 months, blended, and bottled without fining or filtration in April 2013. A total of 1300 cases were bottled without fining or filtration.