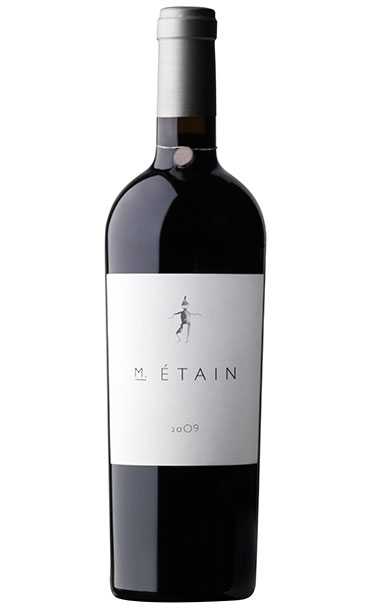 HARVEST NOTES
Vineyard Manager Michael Wolf:
The 2009 growing season began after a winter of close to normal rainfall, and with a welcome absence of the memorable spring frosts of 2008. The favorable conditions in the spring produced even, uniform vine growth, leading to a successful outcome to the critical bloom period. In many of the blocks at the JJ Cohn Estate, the crop load would have been excessive, and a focus was to bring the crop down to a level where ideal ripeness could be achieved. This process involved multiple passes through the vineyard to remove shoots and individual clusters, with an eye towards uniformity. The summer produced almost ideal growing conditions, with enough heat to develop the crop to maturity, but without any damaging temperature spikes. The result was perfectly and uniformly ripe fruit that was harvested at its absolute peak, just ahead of the mid-October rains.

TASTING NOTES
Winemaker Celia Welch writes of the 2009 M. Étain:
Lovely cherry, raspberry, plum, and boysenberry tones dominate the aromas of this very fruit forward Cabernet, which shows more subtle notes of vanilla and caramel as the wine evolves in the glass. On the palate, the flavors of cocoa, berry jam, warm pecans and vanilla crème seem initially most forward, but complexing flavors of amaretto and caramel/butterscotch underscore the ripe fruit notes. The palate is broad and structural, with just enough grip to suggest age-worthiness.

This 100% Cabernet Sauvignon was produced entirely from grapes grown on our J. J. Cohn Estate in Rutherford, Napa Valley. Harvested between September 28 and October 12, 2009, the wine was fermented in small lots, then judiciously blended to create this complex offering. The wine was aged in 85% new French oak barrels for approximately 16 months prior to bottling without fining or filtration. Bottled in March, 2011. A total of 1950 cases were bottle in March, 2011.