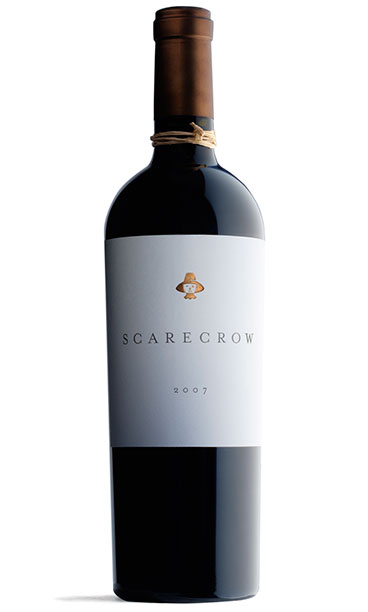 HARVEST NOTES
Vineyard Manager Michael Wolf:
The 2007 growing season in Napa Valley was in many ways a vintner’s dream. Although lack of rain early in the season was a source of initial concern for growers, mild summer temperatures made the dry conditions a boon for the vines.

The best vintages are those resulting from long, moderate, crisis-free growing seasons. Unperturbed by extremes, the fruit for the 2007 Scarecrow took little coaxing to express the full flavor and character of the vineyard, producing a beautifully balanced wine with minimal intervention—one that easily and authentically captures what sets the J.J. Cohn Estate apart.

TASTING NOTES
Winemaker Celia Welch writes of the 2007 Scarecrow:
The aromas on this 100% Cabernet Sauvignon are exactly true to Rutherford Cabernet; warm briary berries, dark juicy bing cherries, a touch of sweet black tea, a hint of woodsy oak leaf, the faintest whiff of cigar smoke, all revolving and recombining as the aromas evolve with time in the wineglass. On the palate, the flavors reflect what the aromas had promised, but with added textural elements of softly folded satin, bright fresh berry juice viscosity, and the vibrant, lively fruit flavors integrated into the vanilla/oak tones. The finishing impression is of cherries and dark raspberries complexed with warm spice and sweet earth notes.

This 100% Cabernet Sauvignon was harvested from eight separate vineyard blocks on the Rutherford estate between September 7 and October 4, 2007. Fruit from the oldest vines—the Esteemed Old Men—was fermented in an open-top tank and punched down three times each day, while other lots were fermented using pumpovers and cap irrigations three times daily. The wines spent a year aging separately in small, 100% new French oak barrels. In summer 2008 the separate lots were combined and the final blend returned to barrels to age an additional eleven months. The finished wine was bottled unfined and unfiltered in July 2009. A total of 1400 cases were bottled.