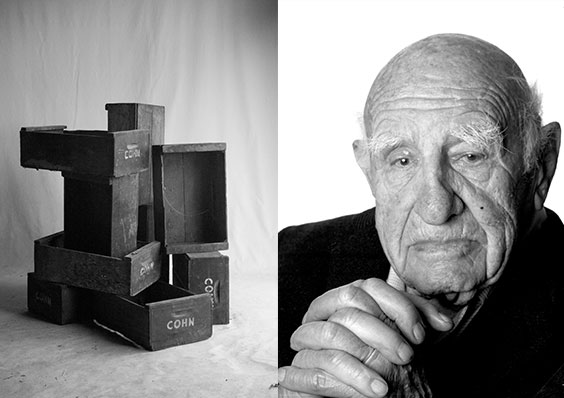 The scarecrow story begins in a patch of earth with a fabled past. The J.J. Cohn Estate, where Scarecrow grapes are born, borders what was once the legendary vineyard of Inglenook winemaker Gustave Niebaum, whose plantings blanketed more than 1,000 acres of the Napa Valley at the close of the 19th century.

John Daniel Jr. took the helm at Inglenook in 1939, determined to restore the label to pre-Prohibition standing and produce world-class Bordeaux-style wines. In 1945, Daniel convinced his neighbor, J.J. Cohn, to plant eighty acres of Cabernet vines on the 180-acre parcel Cohn had purchased a few years prior. The property served as a summer retreat for Cohn’s wife and their family. He had no ambitions to become a winemaker himself, but Daniel promised to buy his grapes, so Cohn planted vines. The rest, as they say, is history.

J.J. Cohn fruit figured prominently in Inglenook’s superlative Cabernet Sauvignons of the post-war era, and has more recently gone into wines of such renown as Opus One, Niebaum-Coppola, Duckhorn, Insignia and Etude.

J.J. Cohn Estate grapes are highly sought-after in part because Cohn bucked the trend, begun in the mid- 1960s, of replacing vines planted on St. George rootstock with the supposedly superior AxR#I hybrid. Over time, vines grafted onto this new stock proved highly vulnerable to phylloxera. But by then, virtually all of the old St. George vines in Napa had been destroyed. Only the original 1945 J.J. Cohn vines survived. These highly prized “Old Men” continue to produce uncommonly rich fruit—the hallmark of Scarecrow wine.

But the Scarecrow story doesn’t end there. This is more than a tale of enchanted ground and the exceptional wine that flows out of it. The Scarecrow story is a story, too, of an extraordinary family legacy. Joseph Judson Cohn was born in Harlem in 1895 to Russian immigrants. Cohn spent his childhood in dire poverty and never learned to prefer the taste of fresh bread over stale—even after he’d found great success in Hollywood.

A move west in the 1920s launched Cohn’s studio career. Highly resourceful and extremely capable, Cohn began as a bookkeeper, distinguished himself early and rose quickly through the ranks to become Chief of Production at MGM. His unofficial credo, “Nothing is impossible,” became the motto of his MGM staff. They knew him as a man who simply refused to take “No” for an answer.

During Hollywood’s golden age, Cohn was instrumental in the making of such film classics as Ben Hur, Gigi, Mutiny on the Bounty and, most beloved of all, The Wizard of Oz. Today, the Scarecrow label pays tribute to the endearing and indomitable character from that film. Scarecrow evokes a distinctly American agricultural icon and American optimism. And most importantly, Scarecrow honors the remarkable life of J.J. Cohn. Cohn lived to be 100 years old, spanning a defining century that he helped to shape. The people who labor with passion and conviction to bring you Scarecrow wine are proud to be part of his living legacy.