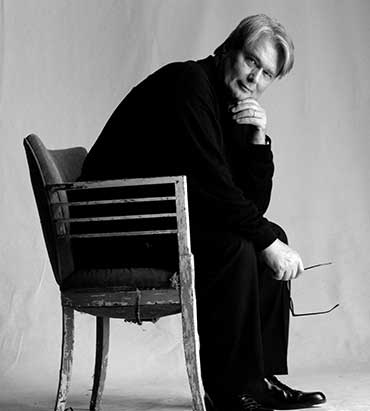 Established in San Francisco in 1973, Vanderbyl Design has evolved into a multidisciplinary practice with expertise in graphics, packaging, signage, interiors, showrooms, retail spaces, furniture, textiles and fashion apparel. As his firm flourished, Michael gained international recognition as an advocate, practitioner, educator and critic of design. He has been a member of the Alliance Graphique Internationale since 1987 and was the recipient of a Lifetime Achievement Award from the International Interior Design Association. In 2000, the American Institute of Graphic Arts awarded him the AIGA Medal, its highest honor.

His work is part of the permanent collections of the Cooper-Hewitt National Design Museum, SFMOMA, the Denver Art Museum, the Library of Congress and Die Neue Sammlung in Munich, Germany. He is currently Principle of Vanderbyl Design in San Francisco and Dean of Design at his alma mater, California College of the Arts (formerly California College of Arts and Crafts).

Michael divides his time between the San Francisco Bay Area and Napa Valley. The St. Helena home he designed and sited among the vines was featured in the September 2005 issue of Architectural Digest and in California Country Style, published by Chronicle Books. His extensive work for wine industry clients includes Scarecrow’s packaging and website, as well as graphics for the Napa Valley Vintners.