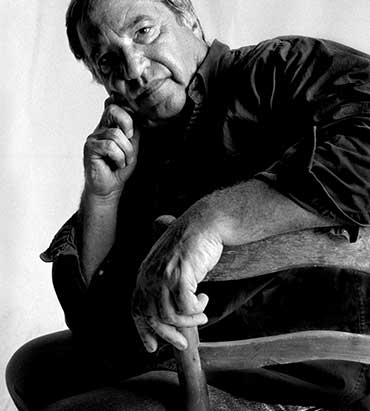 Michael grew up just outside New York City. He got his first significant taste of rural life as a college student at Alfred University in upstate New York, where he earned a B.A. in History in 1971. Inspired to do what he calls “the classic back-to-the-land thing,” Michael and two college friends made their way west, settling on forty remote acres in Mendocino County. When he decided to try his hand at ranching, friends helped him get his first position in a large vineyard operation. The work made immediate sense to him, and he became serious about pursuing a career in viticulture.

After serving three years as Ranch Foreman at Mendocino Vineyard Co. in Ukiah, Michael signed on as Vice President of Vineyard Operations at Juliana Vineyards in northern Napa County’s Pope Valley. During his twelve years there he was charged with transforming wooded grazing land into productive vineyards, and garnered extensive experience in all facets of vineyard development and management. In the three-year stint as Vineyard Manager for Beckstoffer Vineyards in Napa that followed, he oversaw planning and implementation of all viticultural operations on 700 acres of vineyards.

In January of 1997, Michael became president of the start-up vineyard management and business services company Emmolo Vineyard Management, which served as a platform for launching Michael Wolf Vineyard Services in September of that same year. Through this full-service vineyard management company, he farms approximately 500 acres of Napa Valley vineyards for quality oriented clients, including large and small growers and several wineries.

Michael was recently recognized as the 2015 Grower of the Year by the Napa Grape Growers Association.