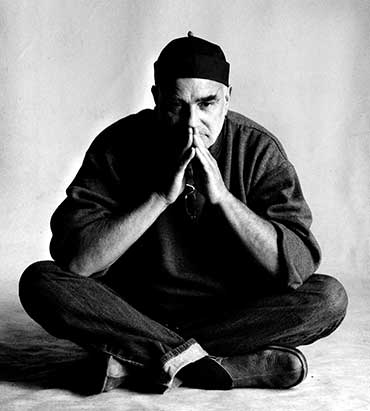 Born in Los Angeles in 1948 and catapulted at age fifteen into a career as a professional photographer, Bret grew up relishing vacations at his grandfather J.J. Cohn’s summer home in Rutherford. He has returned to the Napa Valley to honor his family heritage and to fulfill the promise of the J.J. Cohn Estate in the exceptional wine that is Scarecrow.

The only instruction Bret received from his photographer father as he began to shoot film was a piece of advice that took years to fully register: “Remember, it’s all just light.” Within a month of picking up a camera, he had sold his first photograph. It appeared on the cover of Los Angeles Home magazine, a Sunday supplement to the Los Angeles Times, and was the first of many the newspaper would buy. At age sixteen, a staff assignment with Contemporary Records led to portraits of jazz greats Ray Brown, Ornette Coleman, Art Pepper, Chick Corea and many others.

By age twenty-five, Bret was shooting major ad campaigns. In 1986, he met Mimi DeBlasio and brought her in to work on an important print campaign for Honda motorcycles. They forged a remarkable partnership and worked together professionally until 1998, when he decided to quit commercial photography. It looked from the outside like he was at the height of his career, with a roster of regular clients that included Levis, Honda, Harley Davidson, Target, Chevrolet and Coca-Cola. But for Bret, the impersonality of the business had supplanted the joy of shooting pictures. So he stopped.

His meteoric career may have led him around the globe, but it wasn’t exactly conducive to establishing a strong sense of place. The one constant reminder of his roots—and the touchstone he’d always return to—was the J.J. Cohn Estate. Grandpa Joe’s was the place where Bret could lay claim to his own history. He has come home to Rutherford to celebrate that history in Scarecrow. And he is taking photographs again, in a studio he set up on the property. Because it really is all just light.